In recent years, the science of food and nutritional analysis has advanced rapidly.

To be compliant with local and European labelling regulations, the nutritional values of prepacked food products should be displayed on the packaging. Using a variety of scientific instruments and techniques, QuantiLAB offers nutritional analysis of food products which includes the following:

Laboratory-based nutritional analysis methods necessitate sending a physical sample of the product(s) to the laboratory. The samples are then prepared and analysed in the laboratory to produce data that is specific to the product.

Almost any food type can benefit from laboratory-based nutritional analysis. This method is useful for:

Microbiological contamination is a serious safety concern in the food industry because it can impact on the health of consumers as well as on your brand. Food manufacturing businesses need to ensure the continued safety of their products throughout the entire production chain, making high quality testing an essential part of that process.

QuantiLAB offers a fast, efficient, and dependable testing service using a variety of accredited methods and a team of dedicated scientists.

Our state-of-the-art Microbiological Laboratory analyzes food and feed samples using a variety of biological and biochemical methods to identify and count microorganisms as described below:

The ever-increasing demand for food, forces businesses to employ the most productive procedures possible in order to maintain product quality and quantity. This may result in the use of pesticides which can be detrimental to consumers and therefore residual levels are rigorously monitored for human health and safety.

Maximum Residue Limits (MRLs) are established by food safety regulators to create standards to safeguard consumers and the environment. Regulations and limitations might differ from country to country, and our list of target compounds and matrices is regularly updated.

QuantiLAB offers a quick analytical turnaround pesticide residue testing on food and feed products with its comprehensive pesticide scope of over 500 chemical standards.

The use of cutting-edge analytical equipment, extensive testing experience and highly trained staff distinguishes us from others in the region.

Some of the matrices we can test are:

Heavy metals are naturally present in the environment, such as in soil, water and the atmosphere, which leads to the contamination of food products ranging from plants (cereals, wheat, leafy vegetables, etc) to food from animal origin (such as fish, crustaceans, mollusks).

The presence of heavy metals in food products is a safety concern as it contaminates food chains and impacts on consumer’s health.

The following metals can be tested in food and feed:

Mycotoxins are harmful secondary metabolites produced by a variety of fungi that grow in food and animal feed. They are considered to be one of the most important contaminants in foodstuffs and are resistant to food processing.

When these mycotoxins are ingested, they can be toxic to both humans and animals. Therefore to reduce the risk and ensure the safeguard of consumers, mycotoxin in foods and feed is regulated in many countries.

At QuantiLAB, we test for the most prevalent mycotoxins:

We can test mycotoxins in the following matrices:

Melamine is a nitrogen-rich organic chemical compound which is usually seen in the form of white crystals. Melamine was discovered in wheat gluten and rice protein concentrates used in the production of pet food in 2007, resulting in a high number of dogs and cats death as a result of renal disease.

This chemical was also discovered in powdered infant formula in September 2008, resulting in the death of four children and many hospitalisation cases.

It was found that Melamine was added to raw milk that had previously been diluted with water in order to increase its volume. The addition of this molecule does, in fact, enhance the nitrogen content of the milk and hence its apparent protein content.

In large quantities, melamine is toxic and can produce kidney problems such as kidney stones. 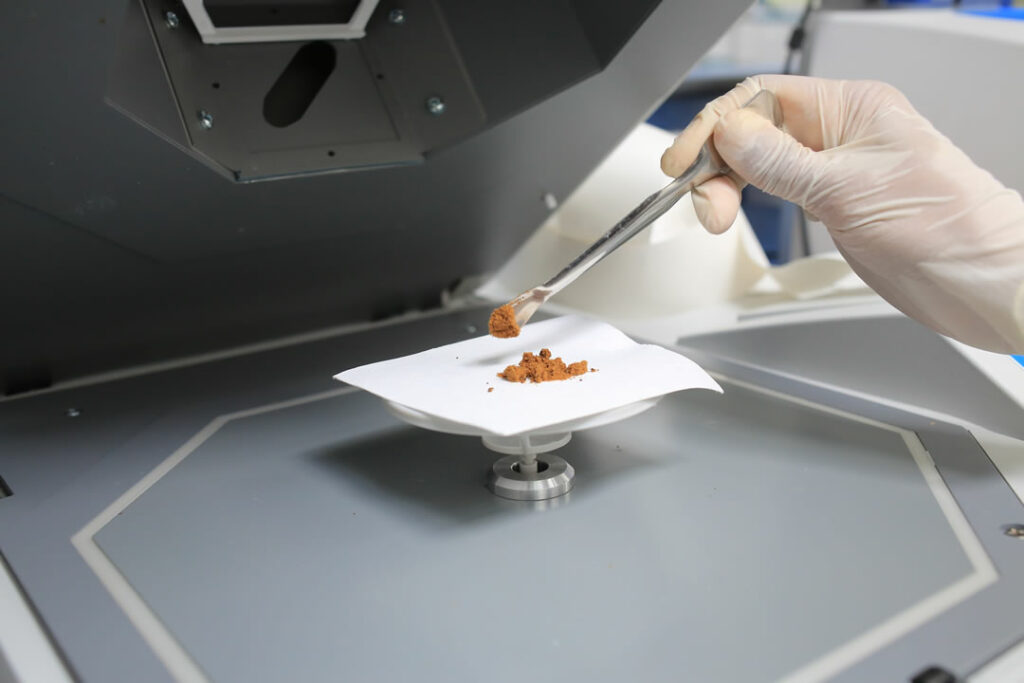 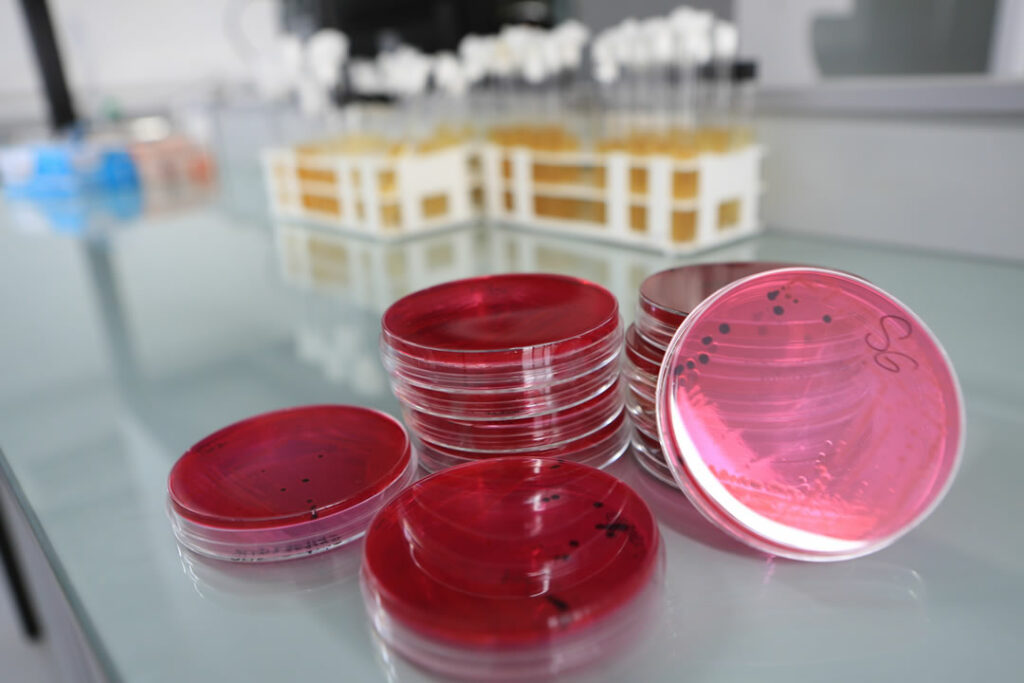 If you require more information regarding any of the services QuantiLAB provides, please do not hesitate to get in-touch.

QuantiLAB is accredited ISO/IEC 17025 (full ILAC MRA recognition) by MAURITAS (view our certificate), the official accreditation body of MAURITIUS. Access our accreditation schedule, which outlines the parameters for which we are accredited.

We use cookies on our website to give you the most relevant experience by remembering your preferences and repeat visits. By clicking “Accept All”, you consent to the use of ALL the cookies. However, you may visit "Cookie Settings" to provide a controlled consent.
Cookie SettingsAccept All
Manage consent

This website uses cookies to improve your experience while you navigate through the website. Out of these, the cookies that are categorized as necessary are stored on your browser as they are essential for the working of basic functionalities of the website. We also use third-party cookies that help us analyze and understand how you use this website. These cookies will be stored in your browser only with your consent. You also have the option to opt-out of these cookies. But opting out of some of these cookies may affect your browsing experience.
Necessary Always Enabled
Necessary cookies are absolutely essential for the website to function properly. These cookies ensure basic functionalities and security features of the website, anonymously.
Functional
Functional cookies help to perform certain functionalities like sharing the content of the website on social media platforms, collect feedbacks, and other third-party features.
Performance
Performance cookies are used to understand and analyze the key performance indexes of the website which helps in delivering a better user experience for the visitors.
Analytics
Analytical cookies are used to understand how visitors interact with the website. These cookies help provide information on metrics the number of visitors, bounce rate, traffic source, etc.
Advertisement
Advertisement cookies are used to provide visitors with relevant ads and marketing campaigns. These cookies track visitors across websites and collect information to provide customized ads.
Others
Other uncategorized cookies are those that are being analyzed and have not been classified into a category as yet.
SAVE & ACCEPT